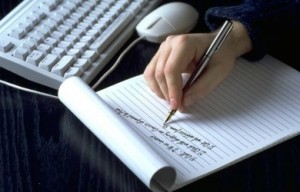 We live at present in a very polarised world. People’s views seem strong, fixed, often
intolerant of alternative perspectives, and a true rounded debate and an open exchange
on most issues seems sadly lacking from much of the news coverage. Within this
environment many of our current established structures from Parliament through to our
NHS are under attack or are being questioned. You could argue that it is a tumultuous
moment to be graduating in any subject, least of all homeopathy!

No profession, including homeopathy, is immune from the prevailing political and economic
climate and homeopathy has suffered more than most from a concerted attack by a
range of, as they define themselves, skeptics. It is easy to see why such criticism is so
virilent; homeopathy challenges current orthodoxies at so many levels. Scientifically, in a
world where double blind randomised control models is the only evidence base accepted,
the homeopathic model challenges current scientific understanding. Concepts of dilution,
succussion and the vital force have no place. Structurally, use of homeopathy subverts the current rather cosy relationships between pharmaceutical companies, medical
schools/organisations and university research departments in the development,
investigation, review and use of new drugs. It is though on the economic profit model that
homeopathy threatens most of all – its’ costs of production are minimal , the research
around it is based on provings rather than costly pharmaceutical research
laboratories, and its principles are based on the minimal dose.

As Wichmann says:
“What do you think would happen if the medical and pharmaceutical establishment
conceded that there is a different kind of medicine that is very efficient and very cheap and
could easily be practised all over the world and that is based on an understanding of
disease and health and the world quite contrary to the mainstream one? Do you really
believe the establishment will ever concede this or only come near to such a statement?”

Nor is this sense of running contrary to current orthodoxies anything new. During his
lifetime Hahnemann divided the medical profession and public opinion and was hounded
out of towns in Germany before establishing himself at the end of his life in Paris.
During the four years of my study at the Contemporary College of Homeopathy,
Homeopathy has continued to be beleaguered and attacks, if anything, have become
stronger:

And yet while the above summary all seems bleak, both Wichmann and Lansky argue that
the level of the attack is in itself an indication that the case for homeopathy is winning:

“The better we prove that homeopathy is a valid form of therapy (etc), the fiercer we will befought against, because our way of seeing the world directly confronts that of the prevailing powers.” (Wichmann)

In part the strength of the case for Homeopathy comes out of a set of crises. The Health Care
crisis has been well publicised. Not only do we have an increasingly elderly population in
Britain but we also have growing numbers of patients suffering from multi-morbidity (with
2 or more long term conditions) – the number of people in England with one or more long
term conditions is projected to grow to 18 million by 2025. 70% of our NHS budget is now
spent on the 30% of the population with these long term conditions. Issues around
polypharmacy resulting from the multimorbidity are little understood and just beginning to
be highlighted as a major health issue.
While people rightly feel passionately and protectively towards our NHS, there is increasing awareness of the strains that it is under:

There is also general public disquiet about the direction medicine is taking, particularly:

Up till now Homeopathy is often an afterthought – resorted to by many patients with
extremely complex needs when allopathic medicine has proved ineffective or created a
series of side effects that intertwine with the original condition. Just think how much more
effective Homeopathy could be if we were let in earlier and more formally into the health
journey of patients. Homeopathy needs to be brought into the mainstream; with
conventional, holistic and lifestyle approaches to health brought together in support of the
patient. There is just the first hint that this may be starting to be looked at more formally.
The All-Party Parliamentary Group for Integrated Healthcare (PGIH) report, Integrated
Healthcare: Putting the Pieces Together published in December 2018 argues that the
Government needs to devise a strategy to fully assess the degree of drug interactions,
determine the long term effects on patients, and arrest the trend of over medicating the
population. It argues for a more holistic approach and the involvement of a series of CAM
therapies. The government just need to act on these recommendations.

Lansky (1) suggests that the reassessment of Homeopathy will come from another
direction, arising out of a major crisis:
“It may only take an epidemic outbreak or the expansion of antibiotic resistance, along with
news that these problems are effectively addressed by homeopathy, to turn the tide. In
fact, it is exactly these kinds of events that can cause a shift to happen! “

The Health Care crisis is enormous but the issue that is likely to dominate the rest of the
21st century and have even greater repercussions is the Environmental crisis. Issues around
the environment, global warming and the potential impact on our lives are everywhere.
Toxicity and the pollution of our oceans, air, water supply and soil and its impact on health
are now generally accepted. The unsustainability of our farming industry with pesticides,
fertilisers and issues around the pollution attached to the milk and meat industries are
increasingly being recognised.

With climate warming and politics around it taking front stage for the first time,
Homeopathy really does feel in tune with the zeitgeist. As Wichmann puts it:

Homeopathy is an ideal form of therapy for a different, sustainable, solidary global culture as it
is:
•Decentral, as everyone can produce and prove their remedies anywhere.
•Cheap, as the remedies cost very little and only human effort is needed to apply them.
•Global, as its principles can be understood by anyone in any culture.
•Sustainable, as it uses almost no physical resources.
•Nonlinear and open in its thinking so that it encompasses all faculties of the human mind.
•Holistic, as it takes the whole human being into view as well as their living conditions.
•Scientific, as it is grounded in experience and clear principles.
•Peaceful, as it does not declare war on disease but goes with it (homoeo) as applied
compassion.
•Empowering, as it strengthens the self-healing abilities of the human mind–body system.
•Independent, as you do not need technology, laboratories, and money to provide it.
•Natural, as it mainly uses ingredients taken directly from the natural world.
•Spiritual, as it works according to age-less spiritual principles.
•Simple, as its principles can be understood easily by anyone with an open mind.
•Post-modern, as it opens up to a multilayered and pluralistic view of the world.

There have also been outstanding breakthroughs in the last year. Recent research for example, on the so-called “memory of water“ and on nanostructures of dissolved
substances clearly proves the fundamental possibility of information transfer by potentized
substances in physical and biological conditions. The conference “New Horizons in Water
Science – The Evidence for Homeopathy?” took place in July 2018 at the Royal Society of
Medicine. The researchers, with the participation of two Nobel Laureates (Cambridge
Professor Emeritus Brian Josephson, Physics, and the discoverer of the AIDS virus Dr. Luc
Montagnier) explicitly attached importance to supporting the claims of homeopathy
principally and on a strictly scientific basis. From a current scientific point of view, the
assumption that potentized substances, as they are used in homeopathy and other
alternative medical procedures, could not have a scientifically tangible effect, is finally off
the table.

Other developments like the wellness model being established at the National Centre for
Integrative Medicine in Bristol is also interesting. Funded as a not-for-profit social
enterprise, where surplus is immediately reinvested to deliver more services to a
community, their focus is on education and they are developing a Masters Diploma in
Integrative Medicine (IM) for medically trained healthcare professionals with homeopathy
as a core component, . As Elizabeth Thompson states:

“There is a whole new tribe of doctors out there who really want to see this IM model
work……. This is a new movement of doctors who are really interested in a broader picture
and who may use approaches like homeopathy themselves.”

Despite a prevailing negative climate where Homeopathy is concerned, people I speak to
are receptive and open to how it might help them. A holistic approach to health resonates
with the general public, who want to use non-drug approaches if possible and who
understand that many health issues are complex and need a range of different approaches
to resolve them. The underlying philosophy of Homeopathy is simple, is easy to grasp, and
does not need reinvention every time a new medicine is discovered. Allopathic medicine, in
comparison lacks a clear set of central principles or an all encompassing hypothesis upon
which therapy is based.

Growth in Homeopathy worldwide continues to grow rapidly. There are now 450 million
people across the world using it on a regular basis, 29% of the EU are active users and there
has been a rapid expansion in use in Eastern Europe and South America.

So as new Homeopaths, graduating into what at least on the surface is a hostile
environment, yet with lots at stake and all to play for, where should we focus our attention.
Wichmann argues for a very focussed approach:

New homeopaths graduating now need to be better at articulating the uniqueness,
heritage and potential of our discipline. We need to be resilient to attack and to state that
Homeopathy got there first – it is the ultimate personalised medicine. Gentle, non
toxic, non suppressive and without long term side effects. We need to argue for just how
empowering the Homeopathic view of health is. As Dr Russell Malcolm writing in
states:

“Homeopathy is fundamentally about change. It’s about fasciliating change….caring,
empathic practitioners always go a bit deeper, , no matter what discipline they’re in. But
the fact is that as a homeopath, we use that depth, who the patient is, and why they’re
unwell, what they feel, what they’re experiencing and how they react. The intrinsic
dynamics of their symptoms, becomes therapeutically relevant in a way that may not be
relevant in orthodox medicine.”

We need to keep up with the demands of the subject and continue to study it as a
discipline – the Materia Medica, the Repertories, current thinking, the Great Masters and
the underlying philosophy alongside receptivity and intuition within our case taking.
Alongside this, I would argue there is an obligation on all Homeopaths to be politically
savvy, confident, to understand the current debates and to have a clear response to the
issues raised.

With all this in mind, ultimately Burnett will have been proved right when he said: